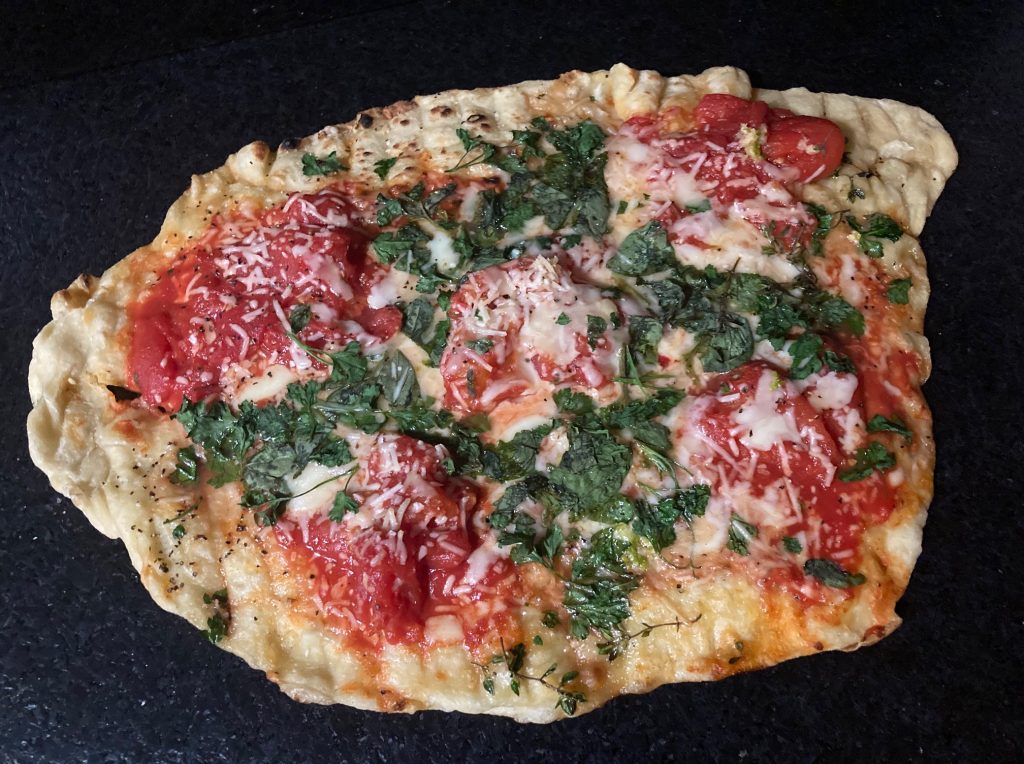 Grilled pizza does not immediately sound like the highest use of a grill or a pizza. You’d think the bottom of the crust would burn into a blackened crisp, while blocking the coals from melting the cheese on top. But that notion didn’t seem to dawn on Johanne Killeen and George Germon, two art students from Providence, Rhode Island who met while working for then Dewey Dufresne, a young chef with a big future of his own. When Dufresne’s restaurant closed, he went to New York and they opened Al Forno, in 1980. Al Forno means “from the oven,” an unlikely name for the birthplace of the world’s first non-baked pizza. But the restaurant space came with a grill, and they wanted to use it. Their pizza pie became that grill’s reason why. I’ll be making it all summer, because it’s limit is the sky.